See the questions below. Beware of an Easter egg. As if I knew the answers or was entitled to answer! My talk will cherry-pick from the list and deliver informed opinions. Your questions and answers will be as good as mine.

On the term “software language” (SL): Q1: What is the definition of (the term) SL? Q2: What different types of SLs do exist? Q3: What are borderline examples of SLs? Q4: Why not just call it computer language? Q5: Why is such a broad notion useful? Q6: What parallels exist between software and natural languages? Q7: When was the term coined, by whom, and why?

On the “SLE conference” (sleconf): Q15: What’s the mission of sleconf? Q16: What’s the stereotypical sleconf paper? Q17: What other conferences publish SLEish papers? Q18: Why did we need yet another conference? Q19: How is sleconf achieving world domination? Q20: When will its mission be accomplished? Q21: What happened to the position of the “cheese chair”?

On SLE research: Q22: What problems have been solved in the last 10 years? Q23: What are the emerging research themes (or domains)? Q24: What are open problems in SLE? Q25: Will we still see papers on parsing in 10 years from now? Q26: Will ontologies and mega models play a larger role? Q27: What’s next after “Globalization” of DSLs? Q28: Why do we suddenly stop feeling tired once we get into bed?

On SLE education: Q29: To what extent is SLE covered by university curricula? Q30: How (not) to integrate SLE into a curriculum? Q31: What are the learning objectives and acquired competences? Q32: What’s the SLE Body of Knowledge (or what should it be)? Q33: How much of it withstands the test of time? Q34: How to use chrestomathies in SLE education? Q35: How to use mega models in SLE education?

On SLE in practice: Q36: What’s the career profile of an SL engineer? Q37: What bad things happen when SLE isn’t properly used? Q38: How much SLE does Big Tech need now and in 10 years? Q39: Will technological space travel continue to grow? Q40: What’s the relevance of SLE in the new world of ML/AI? Q41: What technological changes, related to SLE, are happening? Q42: How was life like before the SLE epoch started on earth? 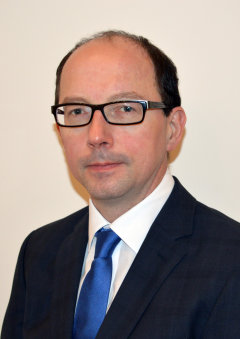