Machine Learning based Malware Detection in Android: There and Back Again! 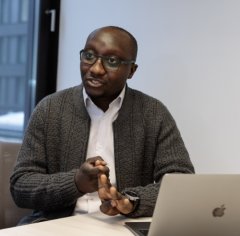 Android malware are as old as Android itself. Research to detect them have rapidly been directed towards the use of machine learning to classify Android app samples. The literature in this domain has been prolific in the pas decade with various works claiming high detection scores. The reality, however, remains that the industry has not massively adopted these literature approaches for automatically vetting Android apps. In several empirical studies, we have shown that (1) features for malware classification can be trivial to identify, but (2) experimental scenarios in the lab are offering a biased perspective on actual performance. We have finally identified the key problem to tackle in perspective by the community is the representation of Android samples. In particular, we discuss the case of image-based representation, which despite being unorthodox for code, constitute a worthwhile investigation challenge in terms of practicality for malware detection and even localisation.