Viewing Autonomic Computing through the Lens of Embodied Artificial Intelligence: A Self-Debate 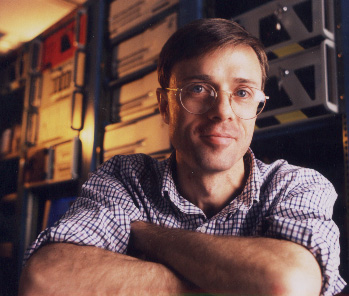 Abstract: A topic of central interest to the autonomic computing community is how to manage computing or other self-adaptive systems in the face of changing circumstances and events. In years past, I had advocated an approach in which high-level goals are expressed in the form of utility functions, and optimization and/or feedback control techniques are used in conjunction with system models to adjust resources and tuning parameters to maximize utility. After outlining and illustrating the general concepts behind this idea, I will attack it as being fundamentally flawed. Then, I will introduce my recent work on embodied Artificial Intelligence agents, which are somewhat like Alexa, Siri, and other voice-driven assistants with which we are familiar in the consumer space, with two major differences. First, they are designed to operate in the business realm, where they assist humans with data analysis and decision making. Second, they interact with people multi-modally, using speech in conjunction with non-verbal modalities like pointing and facial expression. My self-debate will then resolve into a happy union of the two ideas, in which I will illustrate how I believe embodied AI agents can solve the fundamental flaw of utility-based autonomic computing. I will conclude by revealing that, at the right level of abstraction, the two fields have much in common, including their software architecture, and much to gain from one another.

Short bio: Jeffrey O. Kephart is a distinguished research scientist at IBM Research in Yorktown Heights, New York, USA. He is known in various academic circles for his work on computer virus epidemiology and immune systems, electronic commerce agents, and data center energy management, but to the SEAMS community he is best known for his leadership and research in founding autonomic computing as an academic discipline, for which he was awarded the rank of IEEE Fellow in 2013. His 2003 IEEE Computer paper on “The Vision of Autonomic Computing” has been cited over 7500 times, and he co-founded the International Conference on Autonomic Computing, which recently joined with SASO to become ACSOS (IEEE International Conference on Autonomic Computing and Self-Organizing Systems). Kephart’s work has been featured in Scientific American, The New York Times, Wired, Forbes, The Atlantic Monthly, Discover Magazine, and comparable publications, and he has co-authored over 200 papers and 60 patents. He graduated from Princeton University with a BS in electrical engineering (engineering physics) and received his PhD from Stanford University in electrical engineering, with a minor in physics. Presently, he leads research in the area of embodied AI systems – a topic that has interesting connections with autonomic computing, as will be elucidated in his SEAMS 2021 talk. 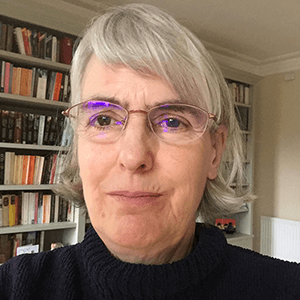 Abstract: Computer modelling is increasingly widely used in research into and predication of complex systems. My interest is the engineering of in agent simulation, which represents behaviours of complex system components such that the interaction of components in a computational environment results in emergent higher-level behaviours. Such models can be used for investigation of the possible mechanisms and controls that determine emergent forms. A key challenge of engineering complex systems is to demonstrate that the simulation achieves an appropriate analogue of observed behaviours by an appropriately similar behaviour: a challenge that we can consider as demonstrable fitness for purpose. Part of the challenge is that the agent simulation simplifies many levels and types of interaction – motivated by both computational feasibility and explanatory necessity. In this presentation, I will discuss our work on fitness for purpose and simulation engineering over the last two decades. I will then introduce recent attempts to address the challenge of uncertainty in complex systems modelling.

Short bio: Fiona Polack is Professor of Software Engineering at Keele, UK. By inclination, she is an interdisciplinary researcher, focusing on making software engineering usable and useful. Long-running involvement in model-driven engineering (with Prof. Richard Paige, she supervised the early development and research on York’s Epsilon model management tools) feeds in to her work on software engineering demonstrably fit-for-purpose simulation (e.g. Polack and Stepney, Engineering simulations as scientific instruments, Springer 2018), most notably with the York Computational Immunology Lab, which resolved a range of real problems using bespoke simulations. Building on simulation as a scientific instrument, she is resaerching model-driven engineering support for simulation (e.g. with Steffen Zschaler, King’s College, London) and exploring uncertainty in all stages of simulation.