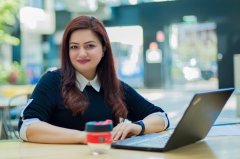 Bio: Muneera Bano graduated from the University of Technology Sydney (UTS) in 2015 with a PhD in Software Engineering. After graduation she worked as a Post-doctoral researcher and ‘Learning and Teaching Adjunct’ at UTS. Muneera specialises in the field of socio-technical domains of software engineering focusing on human-centred technologies. Her research interests include requirements engineering, service orientation, sentiment analysis and evidence based software engineering. She contributes to the broader research community as Associate Editor of the Institution of Engineering and Technology Software Journal, as Track Chair in International Requirements Engineering, and Australian Software Engineering Conferences; and as a member of the program committee for various highly-ranked conferences.