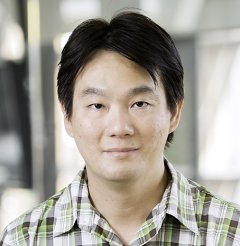 Kim-Kwang Raymond Choo received the Ph.D. in Information Security in 2006 from Queensland University of Technology, Australia. He currently holds the Cloud Technology Endowed Professorship at The University of Texas at San Antonio (UTSA). He is the founding co-editor-in-chief of ACM Distributed Ledger Technologies: Research & Practice, founding chair of IEEE Technology and Engineering Management Society’s Technical Committee on Blockchain and Distributed Ledger Technologies, and serves as the Department Editor of IEEE Transactions on Engineering Management,, and the Associate Editor of IEEE Transactions on Dependable and Secure Computing, and IEEE Transactions on Big Data. He is an ACM Distinguished Speaker and IEEE Computer Society Distinguished Visitor (2021 - 2023), and included in Web of Science’s Highly Cited Researcher in the field of Cross-Field - 2020. In 2015, he and his team won the Digital Forensics Research Challenge organized by Germany’s University of Erlangen-Nuremberg.