[May 25, 2020] ICGSE is going ONLINE. Please read a statement from the Organization Committee regarding ICGSE going virtual joint with ICSSP

Video of presentations can be viewed from here

Submissions must be related to global software engineering and we are especially interested in, but not limited to, papers addressing the topics in the list:

You can find a listing of the International Conference on Global Software Engineering 2020 Organizing Committee here.

Call for papers in Research Track and in Experience Reports Track

Submissions are invited for unpublished original work in the following categories: 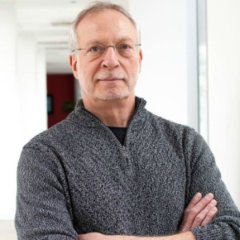 James Herbsleb is a Professor in the Institute for Software Research in the School of Computer Science at Carnegie Mellon University where he serves as the Director of the department. His research interests lie primarily in the intersection of software engineering, computer-supported cooperative work, and socio-technical systems, focusing on such areas as geographically distributed development teams and large-scale open source development. He holds a PhD in psychology, and an MS in computer science.

For about two decades, he has worked with many extraordinary colleagues to try to understand the complex and dynamic relationship between human collaboration and the software that the humans are designing and using. On his optimistic days, he feels he has made a bit of progress.