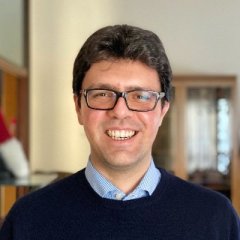 I am an Assistant Professor (RTDb) at the Department of Control and Computer Engineering (DAUIN) at Politecnico di Torino, Italy, working in the e-Lite research group. I received my M.S. and Ph.D. degrees in Computer Engineering from Politecnico di Torino, in 2010 and 2014, respectively. The topic of my Ph.D. dissertation was “Interacting with Smart Environments: Users, Interfaces, and Devices”.

My research mainly focuses in Human-Computer Interaction. More specifically, I investigate how to overcome challenges in interaction between humans and computer, especially in those cases in which the interaction happens in complex settings (e.g., as with Ambient Intelligence systems).

I serve as a reviewer for several international journals and conferences and I am an Associate Editor for the International Journal of Human-Computer Studies (IJHCS), IEEE Access, and IEEE Internet of Things journal. I was a department editor for the ACM student magazine XRDS up to December 2013 and an AC (LBW) for CHI 2019 and 2020. I am currently an AC for CHI 2021, CSCW 2021, and INTERACT 2021. I also volunteer as a member of the SIGCHI Development Fund Committee. I am an ACM, ACM SIGCHI, and IEEE member. Among local chapters, I am a member of ACM SIGCHI Italy. I served as the Young Professionals Representative for the IEEE Computer Society Italy Chapter until 2021 and I was the Young Professionals Representative for the IEEE Italy Section up to 2019.

On March 20, 2017 I have been inducted as a professional member of Eta Kappa Nu (HKN), the honor society of IEEE.

In April 2017, I have been selected as a member of the inaugural class of the ACM Future of Computing Academy (FCA). Academy members are tasked with becoming “the voice of the future of the computing field at large and of ACM specifically.” Since July 2019, I have served as FCA Vice-Chair.