This presentation focuses on environments in which learners actively use their inventive minds. I describe my work on building a computer culture, the Logo Computer Culture, where children explore and invent objects through a programming language designed for them. My collaborators were Seymour Papert (a founder of Constructionism) and Marvin Minsky (a founder of the field of Artificial Intelligence). This collaboration started in the 1960s and continued into the 21st century; our recent book highlights a culmination of critical thinking about computer cultures in the form of Minsky’s previously-unpublished essays on education (Inventive Minds: Marvin Minsky on Education MIT Press 2019).

Minsky, in answer to the question “Why do some children find Math hard to learn?” suggests that “this is often caused by starting with the practice and drill of a bunch of skills called Arithmetic - and instead of promoting inventiveness, we focus on preventing mistakes.” In keeping with Papert’s saying “you can’t think about thinking without thinking about thinking about something” we concentrated on thinking about how children learn and how machines can be taught to learn.

My focus has been on creating enjoyable, personally expressive, and aesthetically pleasing learning environments for children. My work on Logo, with Seymour Papert ( a founder of Constructionism) and teams at MIT and Bolt, Beranek, and Newman, resulted in the development of Logo which was the first programming language designed specifically for children. In addition, my book “Computer Environments for Children” was the first comprehensive reflection on computers in education, and my paper with Seymour Papert, “Twenty Things to do with a Computer” is a classic in the field. My recent book highlights a culmination of critical thinking about computer cultures in the form of Marvin Minsky’s (a founder of the field of Artificial Intelligence) previously-unpublished essays on education (Inventive Minds: Marvin Minsky on Education MIT Press 2019).

I received a BA in History at Radcliffe College (Harvard University). After a variety of research roles in the laboratories of Marvin Minsky and Seymour Papert at MIT and at Bolt, Beranek, and Newman Corporation, I received a MA in Computer Science from Boston University in 1976 and EdD at Harvard University in 1985. My work has spanned several collaborations in academic and corporate research environments and in elementary and secondary schools. I have consulted and held workshops at One Laptop Per Child, South End Technology Center, Sugar Labs, and international conferences. I serve on the program committee of Constructing Modern Knowledge and recently received a Lifetime Achievement Award from FabLearn 2020, Constructionism 2016 and the National Center for Women and Information Technology. 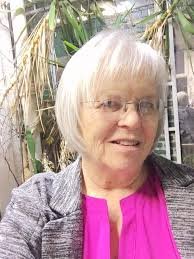