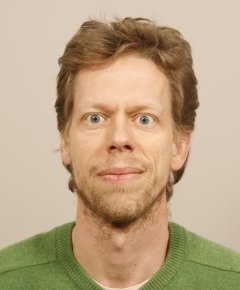 Maurice H. ter Beek is a researcher in the Formal Methods and Tools lab of the Istituto di Scienza e Tecnologie dell’Informazione (ISTI) of the Consiglio Nazionale delle Ricerche (CNR) in Pisa, Italy, since 2003, when he obtained obtained his Ph.D. in Computer Science from the University of Leiden, The Netherlands, with a thesis introducing Team Automata. He is co-author of over one hundred peer-reviewed papers, co-editor of over twenty proceedings and special issues of journals, and editorial board member of Science of Computer Programming and ERCIM News. He has spent substantial periods at other European universities and research institutes in Hungary (1995–1996 and 2002), Belgium (2005), Italy (2000–2001) and The Netherlands (2012–2013 and 2015). He is or was active in grammar systems, team automata and in particular in formal methods and model-checking tools for the specification and verification of complex distributed systems, groupware systems and communication protocols, recently focussing on applications in service-oriented computing and software product line engineering. He is currently participating in the EU-H2020 project ASTRail and has participated during the past decade in the EU-FP7 projects LearnPAd and QUANTICOL, the EU-FP6 project SENSORIA and in the EU Network of Excellence ReSIST. He is in the Steering Committees of SPLC (Systems and Software Product Line Conference) and VaMoS (International Workshop on Variability Modeling of Software-Intensive Systems). He is PC chair of FM 2019 (23rd International Symposium on Formal Methods) and PC member of FASE 2019 (22nd International Conference on Fundamental Approaches to Software Engineering) and SPIN 2019 (26th SPIN Symposium on Model Checking of Software), to name but a few. He served as general chair of FMICS-AVoCS 2016, Workshop chair of FM 2018, SPLC 2014, iFM&ABZ 2012, and SEFM 2010 and Demo/Tools chair of SPLC 2017.