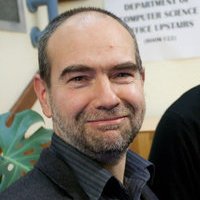 Reiko joined the University of Leicester in 2004 as Reader and was appointed Professor in Software Engineering in 2007 and Head of Department in 2014. Before, he held academic positions in Paderborn and Dortmund. He studied Computer Science at the Technical Universities of Dresden and Berlin and received his PhD (Dr.-Ing.) from the TU Berlin in 1998. Reiko is known for his work on model-based development, reengineering and testing, model transformations and the semantics of modelling languages. He published extensively on graph transformation, its concurrency theory, timed and stochastic variants, modularity and refinement. Reiko is chair of the Steering Committee the International Conference on Graph Transformation (ICGT) and president of the European Association for Software Science and Technology (EASST). He was co-chair of FASE 2006, ICGT 2008 as well as CALCO 2013. He is a member of the IFIP WG 1.3 - Foundations of System Specification.