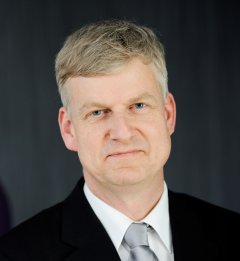 Prof.dr.ir. Wil van der Aalst is a full professor at RWTH Aachen University leading the Process and Data Science (PADS) group. He is also part-time affiliated with the Technische Universiteit Eindhoven (TU/e). Until December 2017, he was the scientific director of the Data Science Center Eindhoven (DSC/e) and led the Architecture of Information Systems group at TU/e. Since 2003, he holds a part-time position at Queensland University of Technology (QUT). Currently, he is also a visiting researcher at Fondazione Bruno Kessler (FBK) in Trento and a member of the Board of Governors of Tilburg University. His research interests include process mining, Petri nets, business process management, workflow management, process modeling, and process analysis. Wil van der Aalst has published over 200 journal papers, 20 books (as author or editor), 450 refereed conference/workshop publications, and 65 book chapters. Many of his papers are highly cited (he one of the most cited computer scientists in the world; according to Google Scholar, he has an H-index of 136 and has been cited over 80,000 times) and his ideas have influenced researchers, software developers, and standardization committees working on process support. Next to serving on the editorial boards of over ten scientific journals, he is also playing an advisory role for several companies, including Fluxicon, Celonis, Processgold, and Bright Cape. Van der Aalst received honorary degrees from the Moscow Higher School of Economics (Prof. h.c.), Tsinghua University, and Hasselt University (Dr. h.c.). He is also an elected member of the Royal Netherlands Academy of Arts and Sciences, the Royal Holland Society of Sciences and Humanities, and the Academy of Europe. In 2017, he was awarded a Humboldt Professorship.