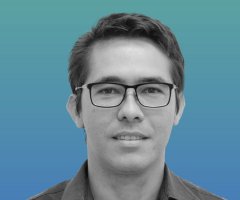 Associate Professor in the Applied Computing Graduate Program at the University of Vale do Rio dos Sinos (Unisinos). Farias received his Ph.D. in Informatics (Software Engineering) in 2012 from the Department of Informatics at the Pontifical Catholic University of Rio de Janeiro (PUC-Rio), under the supervision of Dr. Alessandro Garcia and Dr. Carlos Lucena. He also received an M.Sc. in Computer Science in 2008 from the Pontifical Catholic University of Rio Grande do Sul (PUC-RS), under the supervision of Dr. Toacy Oliveira. Moreover, Farias earned a B.Sc. in Computer Science in 2006 from the Computer Science Department at the Federal University of Alagoas, and a B.Sc. in Information Technology in 2006 from the Department of informatics at the Federal Institute of Alagoas. As a researcher, his work focuses on software modeling, domain-specific modeling language, empirical software engineering, aspect-oriented software development, software architecture, neuroscience applied to software engineering, intelligent environment, and model-driven software development. Today, Farias investigates how software developers invest the effort to merge design models created in parallel by different development teams. The knowledge produced in the last five years has been used to (1) develop new tools and stimulate new researches, (2) establish new facts, and restate the results of previous works, or even (3) encourage other researchers for replicating empirical studies in different contexts.