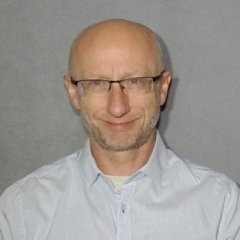 Robert Karban is the CAE Software and Systems Environment Chief Engineer in the Systems Engineering and Formulation Division at NASA/JPL. His team provides an environment for engineering modeling, supporting systems engineering and analysis activities, leveraging and integrating with the Software Environment. Both are provided to 4000+ engineers as the institutional platforms for systems and software engineering and analysis. Robert is internationally recognized as an industry leader in MBSE and MBE using his leadership role in the OpenMBEE community and as NASA representative at the OMG for SysML to align the different model based aspects. Prior to that, he developed control and instrumentation systems and software for large telescopes at the European Southern Observatory, pioneering MBSE for large systems applying model driven technology, and for particle accelerators at the European Organization for Nuclear Research. His career started at Siemens Medical developing System Software, and he received his M.S. in Computer Science from the Technical University of Vienna/Austria.