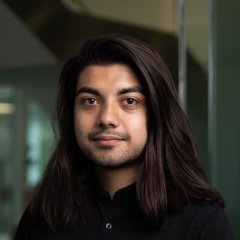 I’m a researcher at Microsoft Research Cambridge and an affiliated lecturer of computer science at the University of Cambridge.

I study: (1) how to design human interfaces for artificial intelligence, and (2) how to help people program and interact with data. The two have more in common than you’d think!

I advise the UK government, other national governments, and regulatory bodies. I advise on matters relating to technology, society, automation, and data.