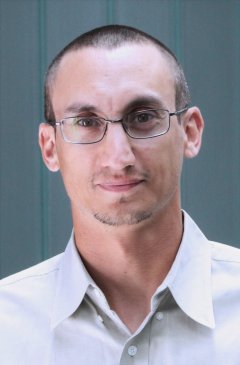 I am an Assistant Professor in the Department of Computer Science at University of Toronto. My research is in HCI, focusing on input and interaction with new technologies. Most recently, I have been exploring how emerging technologies, such as wearables, the Internet of Things, and gamification can be leveraged to enhance learning and knowledge sharing for both software applications and real-world physical tasks. My work has led to a number of technologies that are now in commercial products used by millions of users, such as Autodesk Screencast and Autodesk Sketchbook Motion - selected as Apple’s 2016 iPad App of the Year.

I received my Ph.D. in Human-Computer Interaction from the Department of Computer Science at the University of Toronto. Prior to Joining University of Toronto I was a Distinguished Research Scientist at Autodesk Research. I have authored over 100 peer-reviewed scientific articles, over 60 patents, and have received fifteen best paper awards and nominations at the ACM UIST and CHI conferences. I served as the Technical Program Co-Chair for the 2014 ACM CHI Conference on Human Factors in Computing Systems, and the Program Committee Co-Chair for the 2015 ACM UIST Symposium on User Interface Software and Technology. I am currently serving on the ACM CHI Steering Committee.