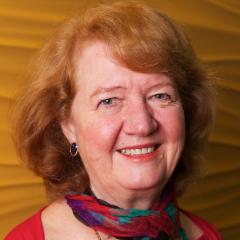 Judith Bishop is a computer scientist and author who has been associated with computing conferences, workshops and summer schools for over 30 years. She was co-General Chair of ICSE 2010 and has initiated many successful workshop series including CHESE (Coding and Human aspects of Educational Software Engineering). Most recently, she was director of Computer Science at Microsoft Research where she led a team creating strong links between Microsoft’s research groups and universities globally. She is now an Extraordinary Professor at the University of Stellenbosch. Her expertise spans programming languages, software engineering, and distributed systems with a strong practical bias. She has written 16 books on programming, which have been translated into six languages. Judith was elected an IFIP Fellow in 2020, received the ACM Distinguished Educator Award in 2014, the IFIP Silver Core and Outstanding Service Award in 2006, and South Africa’s Distinguished Woman Scientist of the Year in 2005.