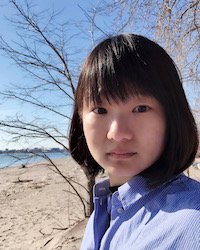 Qiyi is a research associate in the Department of Computer Science at Oxford University, working on algorithmic comparison of probabilistic systems, under the supervision of Prof. Stefan Kiefer. Prior to that, she was working under supervision of Prof. Cristian Cadar and Prof. Alastair Donaldson at Imperial College London on the compiler bug impact project. Her research interests include bisimilarity distances, probabilistic models, policy iteration algorithms, and compiler testing .

She received her Ph.D. in 2018 from York University, Toronto under the supervision of Prof. Franck van Breugel. She received the Governor General’s Academic Gold Medal for her PhD study. She has obtained her Master’s degree in Computer Science at Oxford University with Distinction in 2013.