As always, ECOOP’s been a truly fantastic experience, but the real highlight of the conference for me was having the opportunity to help the community as a whole. Over the last few years, I’ve been working on a project to provide a common framework for gradual type systems, addressing a key hole in understanding of gradual type systems.

Gradual type systems allow programs that combine both typed and untyped code to execute, but prior work on them has presented a very scattershot picture of how they actually work. Thanks to massive diversity in gradually typed languages and in gradual type semantics, it was previously unclear as to what differences between approaches were. I was really excited to have the chance to help improve the community’s understanding of gradual typing through my work, which controls for language features (by using common source and target languages) and focusing in on the semantics themselves.

At ECOOP, I had the chance to talk about my work both at the FTfJP workshop (where I talked about an extension to my core work) and at the main conference (where I presented my core approach to the problem), and got great feedback; Phil Wadler, well known in the gradual typing space, thanked me and my colleagues for building the comparison, stating that even he was starting to lose track of the space. I also had some great hallway conversations with a wide range of other researchers, and I think that I really helped to raise the level of understanding of diversity in the gradual typing space. 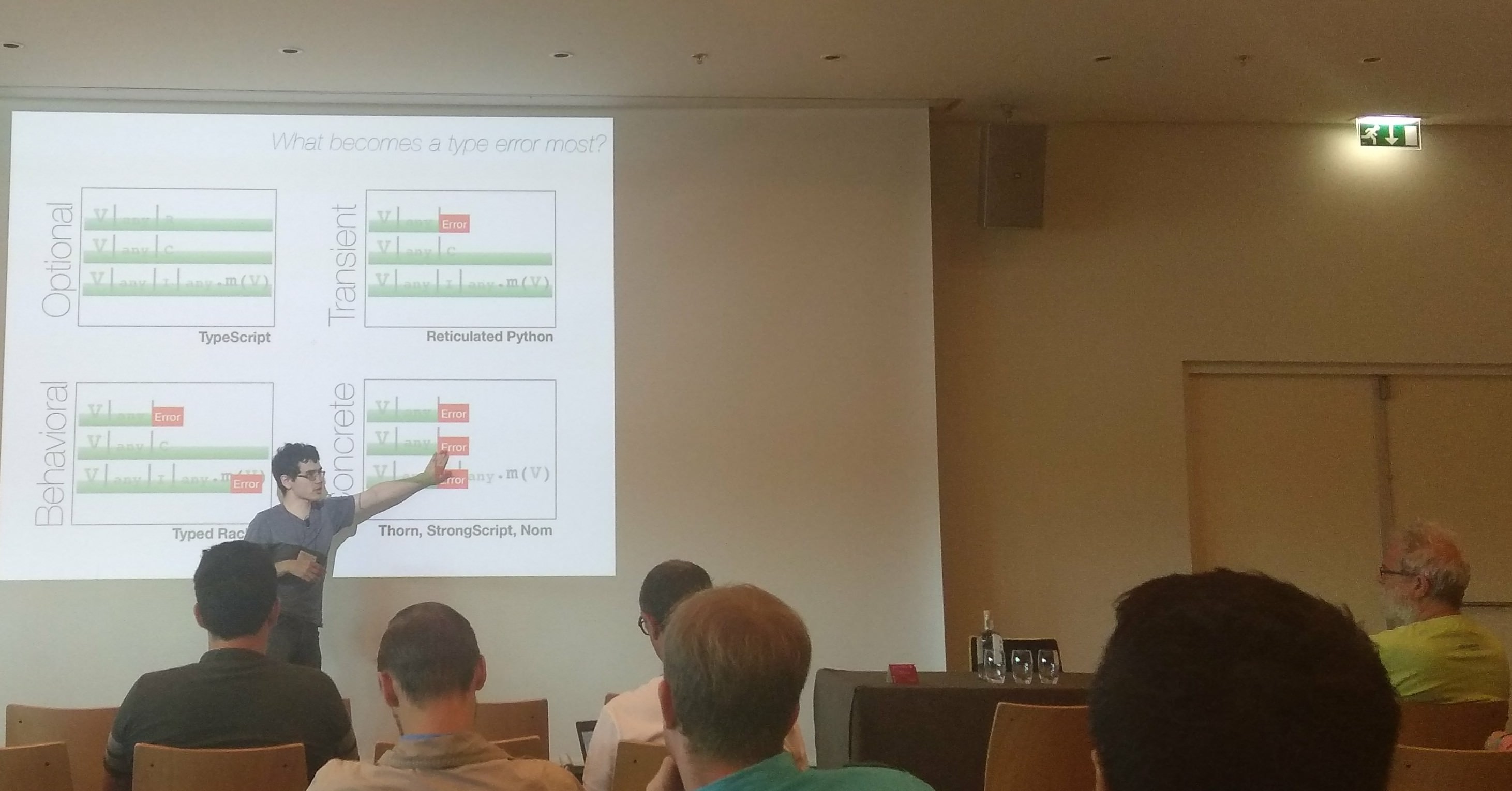 I’ve also had the great opportunity to help out as a student volunteer, and helped in a number of workshops and at the main conference. It’s been a wonderful experience, and I think that I’ve been able to make something of a difference.