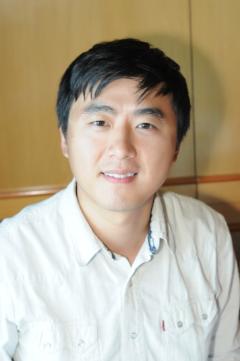 Bio: Harry Xu is an Associate Professor in the Computer Science Department of University of California, Los Angeles. Harry worked at Microsoft Research as a Visiting Researcher in 2017, where he created and led the development of a project that aims to build an optimizing compiler for multi-lingual data analytical pipelines, in particular, Microsoft’s Scope/Cosmos. He worked at IBM T. J. Waston Research Center as a Co-op/intern from 2008 to 2011 where he led the development of a series of runtime bloat detection tools. His research ranges from software engineering, through programming languages and compilers, to runtime/operating/distributed systems and computer architecture. His recent interest is to develop cross-layer techniques that bridge the PL and systems communities– in particular, (1) how to use PL techniques to solve systems (especially Big Data systems) problems, and, conversely, (2) how to solve PL problems (e.g., program analysis scalability, SAT/Datalog solver parallelizability, memory energy efficiency, etc.) with systems and architectural support. Harry is the recipient of the AITO Dahl-Nygaard Junior Prize (2018).