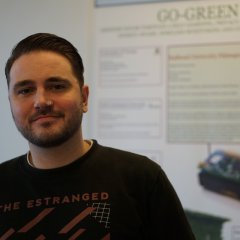 Rody Kersten is a Senior Software Engineer at Synopsys, in the Core Analysis team for the Coverity Static Application Security Testing product. He has received an M.Sc. (2010) and Ph.D. (2015) in Computer Science from Radboud University Nijmegen in The Netherlands. He is a former Postdoctoral Researcher at Carnegie Mellon University, and a former Assistant Professor at Open University of the Netherlands. His research interests include static analysis, formal verification, symbolic execution, and fuzz testing, with a focus on software resource consumption (time, memory, energy). As a software engineer, he has contributed to a variety of software analysis applications, including the industry-leading Static Application Security Testing product Coverity.