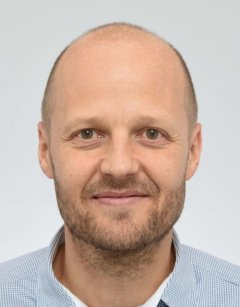 Martin Pinzger is a Full Professor and Chair of Software Engineering at the Alpen-Adria-Universität Klagenfurt, Austria. He is leading the Software Engineering Research Group and he is the head of the Department of Informatics Systems. Martin Pinzger received a MSc (Dipl. Ing.) in 2001 and PhD (Dr. techn.) in 2005 in informatics from the Vienna University of Technology, both with distinction. He was a Postdoc at the University of Zurich and an Assistant Professor at the Delft University of Technology from which he received tenure in 2012. His research interests are in software engineering with a focus on software evolution, mining software repositories, program analysis, software visualization, and automating software engineering tasks. In 2012, he won a prestigious NWO Vidi grant for his research proposal on recording and analysis of fine-grained code changes. In 2013, he received an ICSE 2013 ACM SIGSOFT distinguished paper award for his work on data clone detection in spreadsheets and the ICSM 2013 most influential paper award for his work on the release history database. In 2014, he won the ICSME 2014 Best Paper Award for his work on a genetic algorithm to refactor fat Java interfaces. He is a member of ACM and a senior member of IEEE.