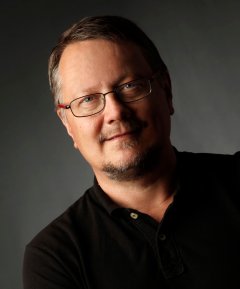 Franz Wotawa received a M.Sc. in Computer Science (1994) and a PhD in 1996 both from the Vienna University of Technology. He is currently professor of software engineering at the Graz Univer- sity of Technology. Since the founding of the Institute for Software Technology in 2003 to the year 2009, and starting in 2020 Franz Wotawa has been the head of the institute. His research interests include model-based and qualitative reasoning, theorem proving, mobile robots, verification and validation, and software testing and debugging. Beside theoretical foundations, he has always been interested in closing the gap between research and practice. For this purpose, he founded Softnet Austria in 2006, which is a non- profit organization carrying out applied research projects together with companies. Starting from October 2017, Franz Wotawa is the head of the Christian Doppler Laboratory for Quality Assurance Methodologies for Autonomous Cyber-Physical Systems. During his career Franz Wotawa has written more than 410 peer-reviewed papers for journals, books, conferences, and workshops. He su- pervised 93 master and 37 PhD students. For his work on di- agnosis, he received the Lifetime Achievement Award of the Intl. Diagnosis Community in 2016. Franz Wotawa has been member of a various number of program committees and organized sev- eral workshops and special issues of journals. He is a member of the Academia Europaea, the IEEE Computer Society, ACM, the Austrian Computer Society (OCG), and the Austrian Society for Artificial Intelligence and a Senior Member of the AAAI.